After answering the question they are asking (around $95K / yr), we discuss the actual costs of hiring said developer, which ends up being approximately $150K and takes on average 8 to 12 weeks. Wouldn’t it be nicer to hire a software developer in 2 days so they could get started and save your budget $40,000 per developer? That’s a savings of $120,000 when adding three developers to your team and a ton of effort.

The breakdown of cost and time looks like this: The hiring manager is often responsible for drafting the job requirement, and typically, this takes about 2 hours to research, draft, and review. This job requisition then gets reviewed by Human Resources before being posted or sent to a technical recruiting firm. The associated salary gets approved along with the employee benefits. In such a competitive market for software developers, the company benefits package could make or break a candidate’s decision on whether to accept the offer or not. For many reasons, a company’s benefits are an essential piece of the employee decision-making process. The average cost of benefits and employer tax obligations is an additional 25% of the employee’s hiring salary, bringing the price to $118K before adding in recruiting, time, and hardware costs.

Ever since the .com bubble burst, companies have changed the way they hire technical employees. Companies tend to use Human Resources for most of their positions other than technical positions due to the ever-changing needs and specialties of the technology industry. Companies now rely heavily on technical recruiters to find the most experienced talent. Software developers are not as prevalent as they were eight years ago. Every year, fewer US students graduate with computer science degrees making it a buyers’ market and allowing software developers to ask for higher salaries. Because top talent is in such demand, a recruiting firm charges between 20% and 30% of the employee’s annual salary. On a $95,000 yearly salary, that’s an average recruiting fee of $23,750. Here’s the kicker, the recruiter doesn’t know much about the technology they are looking for in a candidate. They match acronyms like .Net, MySQL, Less CSS, Ruby, C#, and the list goes on. They might call the candidate and perform a high-level technical quiz they got off the internet and test out some soft skills, but that’s asking a lot. Typically, the recruiter hands over the resumes and let the HR or the hiring manager vet the candidate. This handoff costs the company more money as the hiring manager spends their time technically screening the candidates before bringing them in for a 2-hour interview. Adding the recruiting fee, we are now up to $141,750.

Once the hiring manager combs through the resumes, executes the technical screens (30-minute calls they schedule with the potential candidate), they may have five candidates they want to bring in for a deeper technical evaluation and soft skill interviews. The hiring manager then brings in additional employees to get involved in the interview process. Two senior developers will most likely assist the hiring manager in the technical interview, and HR will screen for the soft skill evaluation. If each interview runs about 2 hours with four employees, 8 hours per candidate, the company will have spent 40 hours on those five interviews. If each employee costs the company about $57 per hour, the company has just committed another $2,280 to the hiring process. Hopefully, out of 5 candidates, the team can agree to make an offer to 1 or 2 candidates. So far, the hiring process is now totaling $144,030.

Finally, you are at a place where you can make an offer to a candidate. The offer process takes time. Time negotiating salary and benefits, time for the candidate to give notice, while hoping they don’t get a better offer from another company they’ve been interviewing with or their current employer steps up and makes them a great offer to stay. Let’s say, for the sake of argument, your candidate accepts. Congratulations! Now you get the joy of spending more money on their workspace, software licenses, and training them on your processes and procedures. The hard costs of a desk, chair, computer, dual monitors, and networking average about $3,500. The cost of training employees is estimated to average $1,200/yr.

So, what are your alternatives? Well, you could decide to put your energy into managing your company’s true interests and goals instead of focusing on new hires only to have them job-hop in a year or two. What if I told you that you could hire a technical developer in a week, and if they aren’t a fit, they are replaced with someone else? In addition, it could reduce your budget spend by ~20% and provide you more time to plan. What is this wizardry? Nearshore your development team!

No, not off-shore to India or Eastern Europe. Work with developers that are in your time zone and understand US business practices. Work with a company like CH2 Solutions with offices in Costa Rica (Mountain Standard Time), Peru (Central Standard Time), and Chile (Eastern Standard Time). Our remote teams run seamlessly using cloud task management and communication tools such as Jira, Visual Studio Online, Slack, Microsoft Teams, and Skype.

Let’s put this in real terms. If you took three senior developers at 40 hours per week for 50 weeks a year, that total is 6000 hours. If your contract rate is $65 per hour, you’d only be spending $390,000 instead of $480,000. That’s $90,000 back in your budget for just three developers. Let’s say you have a team of 10 developers. You want to build a hybrid team keeping one Software Architect, and three Team Leads to protect your companies’ domain knowledge as internal employees, and add six contractors to be directed by your team. Under that model, you have a savings of $180,000 back in your budget to do other things in your department. In addition, let’s say you have a QA department of 4 testers. Keep one as the QA lead/manager and nearshore the other three positions. Now you’ve just saved another $90,000 for a total of $270,000 in salary and expenses. Trust us when we say that if you are not nearshoring some portion of your team, you are working much harder and spending more money yearly than you should.

We work with remote developers and nearshore developers every day for our clients. We run teams of 2 to 20 developers and testers. Let us help free up your time, your energy, and your budget. It’s easy to get started, and we are happy to walk you through every step. 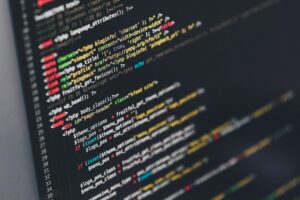 Ever wonder how companies get quality software out on time? Structure. That’s how. There is a development manager that has provided “Structure” to his department. 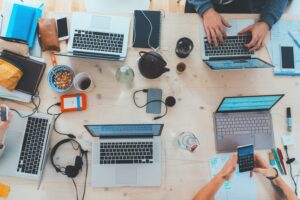 The True Cost of Software Development

“How much do software developers cost?” We get this question often when talking about how to scale a company’s development efforts. It’s kind of a

We are always looking for new talent!

Please share a little about yourself and we will let you know if we see a good fit.